Andy has since apologized to Ottawa Citizen but that did not end their camp from continuing the attack on the young super talent on other social medias, and stooping to a level of ignorance with their own racist remarks. Quoting him as shameful that he is not representing his Chinese and Jewish people. Clearly, their camp did not do their research nor attend the show that famously received standing ovations and high praise from the crows yet did not hesitate to bring up the designers sexuality.`I don’t find a connection between my race and being gay…and she completely disregarded that I am 100% Vietnamese…“ The only fear for him is that all of his friends from his home neighborhood will read about the situation and begin to question his intentions. 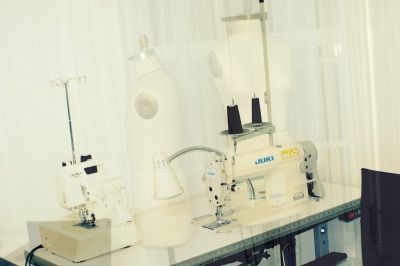 j
But besides all of the extreme views in the press, his first showing as the closing spot at OFW was extremely touching and personal for this Montreal designer. Bringing a majority of his models from Montreal, some not even signed with agencies, some not even remotely close to height `requirements` but stocked with “Ten inches from the hooker store”, as a complete journey for Y!DNA the brand.“I know each of them personally and we were so close and to achieve fashion week together…that’s just awesome!…In Telio I was so young and just heard no sound, you do it to win something but now it was meant to be. In Ottawa I could hear each person clapping.”

“I styled a fortune teller who told me how I will die…”
My first question as may be all of yours was; Why Ottawa? Recently crowned 8th on the worst dressed city in the world, yet the nations government city seems to have a budding fashion week of their own.
“I am too young to do MFW. Maybe I spoke too much French when half the panel was Anglo but all was meant to be. Montreal is like a coke without ice…you miss that element, that crisp sparkle so it never was a wish to reach Montreal but for me it was hitting the `capitol`….Ottawa was like 85 feet so it’s a longer runway, pictures are better.”

Not shy of dreams, one aspiration for this Montreal sensation comes with news that Project Runway, the original American program that can launch designers into super stardom off of the Mercedes Benz Fashion Week stage, is now accepting applicants from all over the world.“Project Runway is my major goal, a dream I dare not to dream.” With international aspirations also mentioning how an old dream was to study in London at Saint Martins, so he plans to sometime make a shirt asking them to accept him. How collegiate! “I also want to travel the world with just one model, and take my own photos every where we go”. But he may have to achieve that before he retires in the UK. “I styled a fortune teller who told me how I will die. I’ll be rich because I’ll have a driver and me with white long hair at 74 years old in London in a black car on my way to see a friend…”Of natural causes of course!

“In Telio I was so young and just heard no sound, you do it to win something but now it was meant to be…”

What else for the future of Y!DNA, a line chosen due to the Y chromosome representing woman’s wear and the differences between men’s and women’s wear and bridging the individual details together. For the next line there will be patterns and colors, graphics and modern vintage. And always keeping a unisex flare which is why I envy the clothing so most as the line clearly more steered to a bolder gay man.

Seems all is fair in the world that is Andy Hoan Nguyen. Spirits are high unaffected negatively by the heated debate in Fashion Magazine and online mediums that seem to want to take a Vogue circa October 2009 approach. If we keep attacthing such negative views to something as simple as black makeup we can never get past it as a society. We’ve always been bombarded with the darkest color on our wheel as signs of evil, darkness, fear, death which has been used against our demographics for centuries. Its as simple as losing the meaning behind the symbolism to move forward an enlightened society and become smart enough to recognize an artists creation over an invisible issue that would be insulting to the days where, `black face`, was a recognizable technique to offend Blacks and knock them out as inferior to our world.

“…but now it was meant to be. In Ottawa I could hear each person clapping.”

At the end of the day we all want the same thing, “to be great, not necessarily famous“. Okay maybe not everyone has aspirations for greatness or to have eight children, a soccer team of offspring – like Andy.  But like him we all just want to know how to love and how to be loved which in my opinion, if you look closely enough, is the exact story behind his latest fashion collection.

Error: Twitter did not respond. Please wait a few minutes and refresh this page.